It’s the million dollar question that gets brought up to us all the time by new players. “Does airsoft hurt” And our answer is always…well it depends. If you’ve every played paintball maybe you’ll understand the reasoning for this answer.

Getting hit by a projectile and the pain level, whether it’s airsoft or paintball, depends on 3 things, Velocity, size, distance, and location. So with this in mind, lets take a closer look.

What Hurts More Airsoft Or Paintball?

Both airsoft and paintball are usually traveling about 350 FPS (feet per second). However, the size of the projectile are very different. Paintball or Paintballs are much bigger and heavier than airsoft BBs and have more energy when they leave the barrel of a paintball gun.

In fact, a paintball weighs about 3.0g and has about 15 joules of force. OUCH!

An airsoft BB weighs much less than a paintball at approximately 0.2g and has about 1 joule of energy.

So in short, basically an airsoft gun fires with 1/15th the energy of a paintball.

However, that doesn’t mean that paintballs hurt more than Airsoft BBs do. As mentioned before, it depends on where you get shot and from how far away.

So does this mean that paintball is better than airsoft? We’ll if you’d like to know that answer read our Airsoft Vs Paintball Article Here

What Does It Feel Like To Get Shot With An Airsoft Gun?

To put it simply, it feels between getting flicked hard by someone, to a bee sting. If you’re wearing thick enough clothing, most of the clothing material will absorb most of the impact. And….as i said earlier, it depends on where you get hit and the distance at which you were hit from.

For example, if you get hit in the neck, ear, cheek, or inside of the arms, the pain will be stronger. If you get hit in other areas such as the shoulder, knee, hand, or chest, it’ll probably hurt a lot less. Basically the areas that are not protected by muscle or fat tissue hurt the most.

If you decided to play airsoft with a proper mask or goggles, you’re at risk of getting hit in the face. It’s gonna hurt like hell and we promise you’re not going to have a fun time. The force of an airsoft round is enough to chip a tooth, and if hit in the eye, completely blind you for life. Unfortunately there’s a few documentation cases of people losing an eye during airsoft matches.

Now to distance….the father the shooter is from you, the more energy that BB will lose before it impacts you. This is why the general rule is that you don’t shoot at close distances. This rule is called the “Bang Rule”.

Can A BB Break The Skin?

So to answer our original question on does airsoft hurt…I guess the fair answer would also be yes.

If you’re getting hit at close range, with a gun that shoots faster than 400 FPS, and hits bare skin, it has the real possibility to break the skin.

If you’re getting hit by a sniper rifle that shoots over 500 FPS at near point blank range, on bare skin, you best believe that’s going to break the skin. There’s even a possibility of the BBs being lodged inside you.

We already know that airsoft can hurt and cause damage, ao It’s important to keep in mind to always wear proper protection when playing airsoft. Just because getting shot with an airsoft gun wont kill you, doesn’t mean it cant hurt like a son of a B****.

At this range, if you don’t wear any protection anything over 350 FPS can break bare skin. Which is why most sanctioned airsoft gaming events have a limit of 350 FPS indoor arenas, and 400 FPS outdoor arenas. Airsoft guns shooting at over 500 FPS can be extremely painful and should be used more responsibly.

Airsoft doesn’t always have to hurt. Wear the right equipment and you should be easily able to avoid the pain. Because there’s nothing worse than waking up in the morning with a big mark on your face.

Experienced airsoft players never enter the field without proper protective equipment, and most never let other friend make that silly mistake. Not only does protective gear help…well protect you, but it also helps you blend into your surroundings and can help you win matches.

Yes airsoft isn’t a deadly sport. But to help you avoid some pain, marks, scars, and possibly an eye, here’s a few airsoft gear that can help protect you. 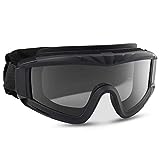 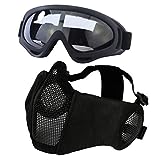 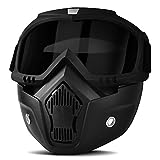 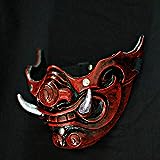 Custom Half Shogun Samurai Mask Armor Mempo for... $85.00
Bestseller No. 3 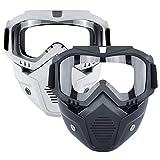 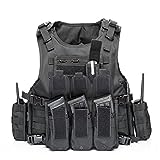 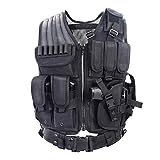 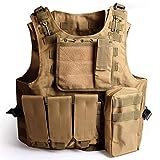 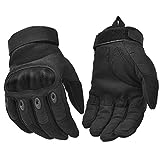 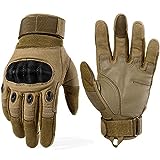 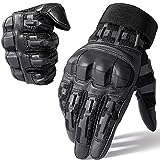 In the game of airsoft, almost no place on your body is safe from a BB. Getting hit is the name of the game and some shots are bound to hurt. But if you dress accordingly, you can minimize the pain.

Always remember to keep your eyes and face protected and try to not leave skin exposed.

So what did you think of our does airsoft hurt article? Did we answer your questions? Do you have an airsoft injury horror story? If so, let us know in the comments below! 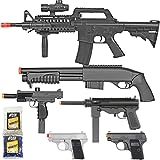 Does Airsoft Hurt? The Brutal Truth

It's the million dollar question that gets brought up to us all the time by new players. 'Does airsoft hurt' And our answer is always...well it depends. If you've every
Send this to a friend